Top 8 Things to do in Salford 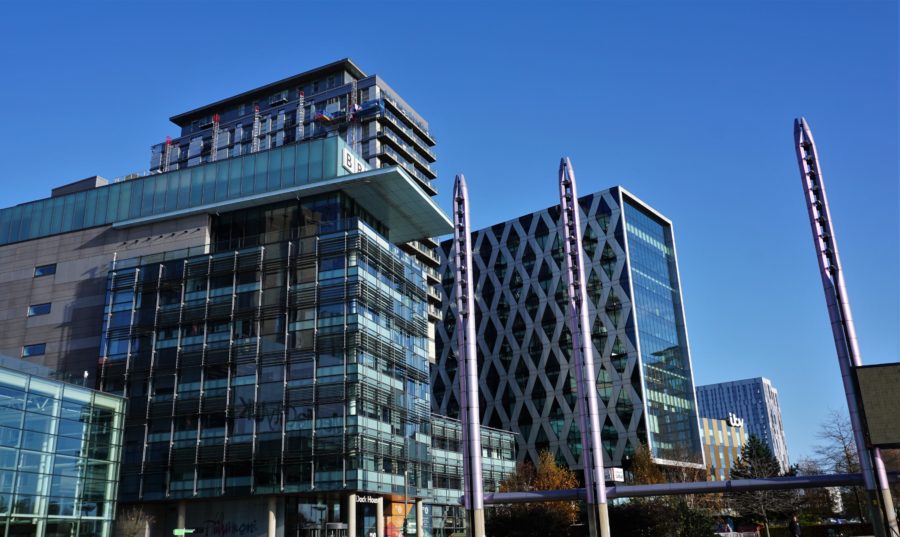 A look at the many interesting things to do in Salford and neighbouring Manchester which is just across the river Irwell.

Top 8 Things to do in Salford

Once you’ve settled into your new student accommodation, you’ll find there is plenty of fun and interesting things to do in Salford and neighbouring Manchester which is just across the river Irwell.

If you’re after a drink in a traditional setting, look no further than Salfordian institutions the Kings Arms, on Bloom Street, the Eagle Inn, on Collier Street, and the Old Pint Pot, on Adelphi Street.

For hearty pub food, the Matchstick Man on Capital Quay is a winner. While if you venture into the heart of Salford Quays, there’s the Dock Yard, the Alchemist and Bella Italia, which are usually occupied by busy media types.

You might dream of a career working at MediaCityUK. It is located in the area around the former working Manchester Docks that have been regenerated since closing down back in the early eighties.

When you’re studying to attain those goals, however, you’ll want to become familiar with the area and the variety of cool things it has to offer including theatres, museums and water sports.

The distinctive-looking Imperial War Museum North (IWM North) is worth a visit. Designed by architect Daniel Libeskind and opened in 2002, it explores how modern conflicts have affected societies around the world.

The Lowry, named after local artist L.S. Lowry, is a centre for performing and visual arts, and hosts theatre productions, concerts and comedy shows. Why not see what’s on and grab your ticket?

If you or a family member is a fan of Coronation Street, you’ll want to go on the behind-the-scenes MediaCityUK tour, where you can explore Weatherfield and even pop into the Rovers Return for a drink.

Make a splash at the Helly Hansen Watersports Centre, where you can go open water swimming, wakeboarding and kayaking. There are also plenty of courses to try — have you considered becoming a Water Lifeguard?

Iconic shows from the BBC, ITV and Channel 4 are now filmed at the dock10 studios in MediaCityUK. Many require live audiences and it’s easy to apply for tickets. From A Question of Sport to Mrs Brown’s Boys and the Jeremy Kyle Show, you’ll get to witness the magic of TV first hand and up close.

When you’re in the area, you can turn back the clock with a visit to the Blue Peter Garden. It is especially nice on a summer’s day when you need a break from the hustle and bustle of MediaCityUK.

You can also book tours for a behind-the-scenes look at the always buzzing BBC offices and studios.

Salford Quays is home to Quayside MediaCityUK — known locally as the Lowry Outlet — where there are plenty of designer outlets to choose from, as well as a Vue Cinema, restaurants, cafes and bars.

The Trafford Centre is only a tram, bus or car journey away from central Salford. Opened in 1998, it is a mecca for shopaholics who’ll love browsing and buying in Selfridges, eating in the Orient or just admiring the outlandish faux Roman architecture.

Manchester City Centre has a wide selection of shops if you’re up for venturing out of the ‘Second City’. The Arndale and Market Street are home to household brand names, with more options in St. Anne’s Square, on King Street and Deansgate.

For more alternative shopping, head to the Northern Quarter. This trendy area is situated adjacent to Piccadilly Gardens on either side of Oldham Street and stretches as far north as Great Ancoats Street.

From independent record stores to coffee shops and second-hand book stores, you can’t go wrong in this area which has been used in tv shows and movies as an alternative shooting location to New York City.

Salford is home to a large number of Greater Manchester’s Manchester United supporters, with their beloved club’s 76,000 seater home stadium Old Trafford situated about a mile away from the rejuvenated Salford Quays.

A trip to watch Manchester’s most successful football team play is a must, while on non-match days the Manchester United Museum & Stadium tours are open to members of the general public.

If you’re a fan of lower league football, go and watch Salford City play at The Peninsula Stadium, just north of the River Irwell in Kersal. The club is owned by former Manchester United players, who have invested millions into a project which has seen the Ammies quickly rise through the divisions.

If you like a bit more rough and tumble, the 12,000-seater A.J. Bell Stadium in Barton-upon-Irwell is home to both Super League side Salford Red Devils and Premiership Rugby side Sale Sharks.

Salford has spawned many great musical acts, with the Hollies breaking onto the scene in the 1960s and Joy Division, who later became New Order, launched into the public’s consciousness by Factory Records in the 1970s and 80s.

The Smiths might have originated in South Manchester. Yet the band — led by Morrissey and Johnny Mar — put Salford on the map by posing for an iconic photograph taken in front of Salford Lads Club in 1986.

Officially opened by Robert Baden-Powell (who later founded the Scout movement) in 1904, Salford Lads Club oozes history and gained listed status in 2003. Will you go and get a selfie in front of the celebrated sign?

If museums and art galleries are your thing, the Grade II listed Salford Museum and Art Gallery, next to Salford Crescent, is devoted to the history of the area. But if you want to see works by L.S. Lowry, you’ll need to visit the Lowry in Salford Quays where they are now displayed.

Ordsall Hall dates back more than 750 years with some parts dating back to the 15th century. Not far from Salford Quays, this Grade I listed manor house is free to enter, while the local knowledge you’ll pick up will be priceless.

Hidden gems are hidden for a reason — it’s up to you to find them! We’ll leave you one bit of advice though, relating to the recent rejuvenation of Salford which means there’s always a party to be seen at.

If you’re a night owl, you should check out late-night spots such as the White Hotel and Hidden. The former is a night club in a former garage that’s tucked away behind Strangeways. It’s chaotic and rough around the edges, but that’s the charm and why it’s a popular spot for lots of dancing and fun shenanigans.

When it all gets a bit too much, there’s nothing quite like lazing on the grass in the park. Peel Park, which is next to the University of Salford and on the banks of the Irwell, is just the spot.

Always clean and well maintained, this nicely landscaped park is the perfect place to take a break from your studies.

Things to do in Salford

With plenty of things to do in Salford, the city is attracting growing numbers of students. Whatever you’re looking for you’re sure to find it in Salford. Don’t miss out, book your student accommodation today.

Fill out this form and one of our staff at Mears Student Life will get back to you as soon as possible to help you with your query.

Thank you! Your submission has been received!
Oops! Something went wrong while submitting the form.