The Most Student-Friendly Restaurants in Salford 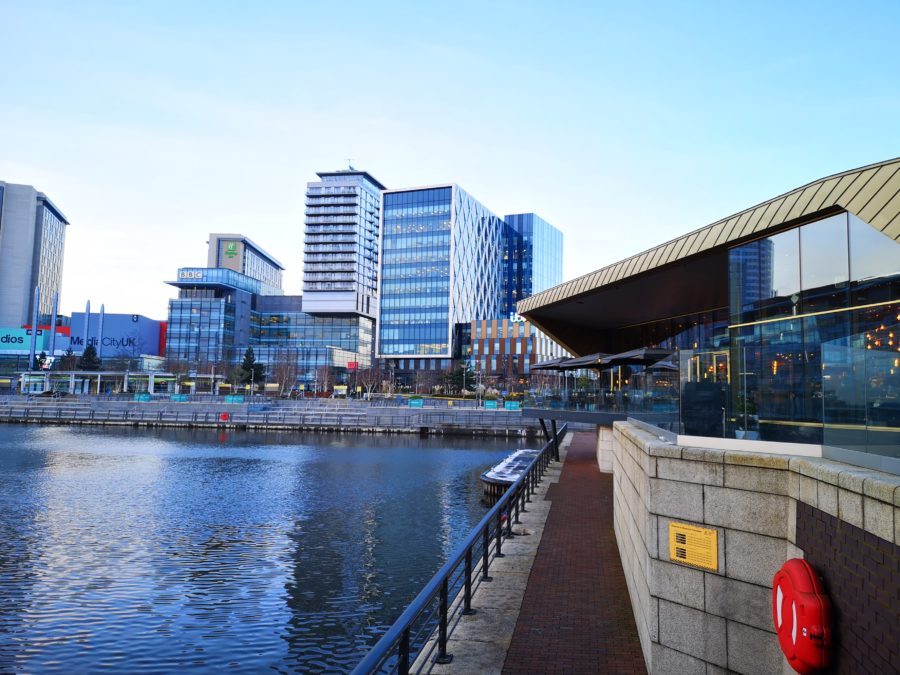 Read our guide to the most student-friendly restaurants in Salford and the surrounding area, suiting budgets, taste and drinks prices.

So you’ve finally moved into your new student accommodation, your flatmates are quickly becoming your best friends and all the nerves you had in the first few days have all but vanished.

The only thing you might be missing slightly is your mum’s cooking, there’s only so far beans on toast and pasta sauce can take you, right?

Luckily for you, we’ve rounded up the most student-friendly restaurants in Salford and the surrounding area. Covering everything from budget, beer prices and of course, the all-important taste test. So surrender the Supernoodles, grab your pals and get out there!

We know money can be tight when it comes to student spends, so we’ve chosen places specifically designed with students in mind. Many of the places we’ve chosen also have dedicated student nights and food and drinks deals, so make sure to check them out before you head over too.

Greater Manchester is known for its pubs and bars and lots of them also offer a pretty great food scene if you’re strapped for cash. Students studying at Salford don’t always have to travel into Manchester City Centre to get the best deals either, there’s plenty on your doorstep.

So, where are the most student-friendly restaurants in Salford?

Serving a massive selection of craft ale, guest beers and spirits, The Dockyard is the perfect place to unwind after a long day of lectures. With a large seating area and space outside for during the warmer months, this place also has an extensive food menu, serving a range of full meals and light bites, with brunch and roast dinners at the weekend.

Don’t forget to check out their live events too, from a weekly pub quiz to live music and acoustic nights. Whether you’re looking for a chilled evening or a place to start off before moving on later in the night, make sure to add The Dockyard to your list while studying in Salford.

Take a look at The Dockyard menu here.

It’s a rite of passage for any Salford Student to spend at least some of your uni life in The Old Pint Pot. Originally a school, the pub overlooks the River Irwell and underwent an extensive refurbishment in 2019. The new decor includes an overhead beer dispenser, which was the first of its kind when built, the idea being it encourages interaction and prevents beer blockages.

Serving a varied menu that caters for vegetarian, vegan and intolerances, the Salford pub is a firm favourite of students and locals alike. You’ll also be able to get hold of a tasty Sunday roast if you’re missing home comforts.

The pub is also well known for its events, with two student nights a week, a weekly quiz and open mic nights. Keep an eye out for student drinks deals and food offers too.

Find out more about their events and menu here.

If you’re thinking of heading into the city centre during some downtime, it can be a struggle to decide where to eat – especially on a shoestring budget.

While the Arndale can just seem like a standard shopping centre, be sure to check out the hidden gem that is the market. Some of the Northern Quarters most exciting restaurants started life as stalls on Arndale Market, and there’s plenty of options to choose from, most of which you’ll get change from a tenner.

Some of the noteworthy traders include Viet Shack, which has recently expanded to a full restaurant on the Ancoats border, but the market stall is a great budget alternative, making this place one of the most student-friendly restaurants in Salford and Manchester.

If you follow the Manchester food scene on Instagram, you’ll also find popular traders such as Salt & Pepper and Dunkin’ Burgers in residence at the market. Perfect to snap a picture for the ‘gram before you tuck in!

You can find trading hours and information here.

Fill out this form and one of our staff at Mears Student Life will get back to you as soon as possible to help you with your query.

Thank you! Your submission has been received!
Oops! Something went wrong while submitting the form.